With the recent increase in utility-scale solar projects, engineers are faced with the challenge of determining the appropriate foundation design in geographic areas that are dominated by varying shallow subsurface conditions. Traditionally, information to aid in foundation design is obtained through geotechnical drilling programs. However, the relatively high cost of drilling programs often leads to highly detailed drill logs with a low spatial resolution, resulting in a model that may omit local depth to bedrock variations. This is especially true when constructing solar projects over highly weathered carbonate bedrock, where dissolution and other karst-related processes result in bedrock topography that varies greatly over short lateral distances. To supplement an existing drilling program, geophysical methods such as terrain conductivity mapping can help to rapidly “fill in the blanks” and map depth to bedrock with higher resolution at relatively low costs. 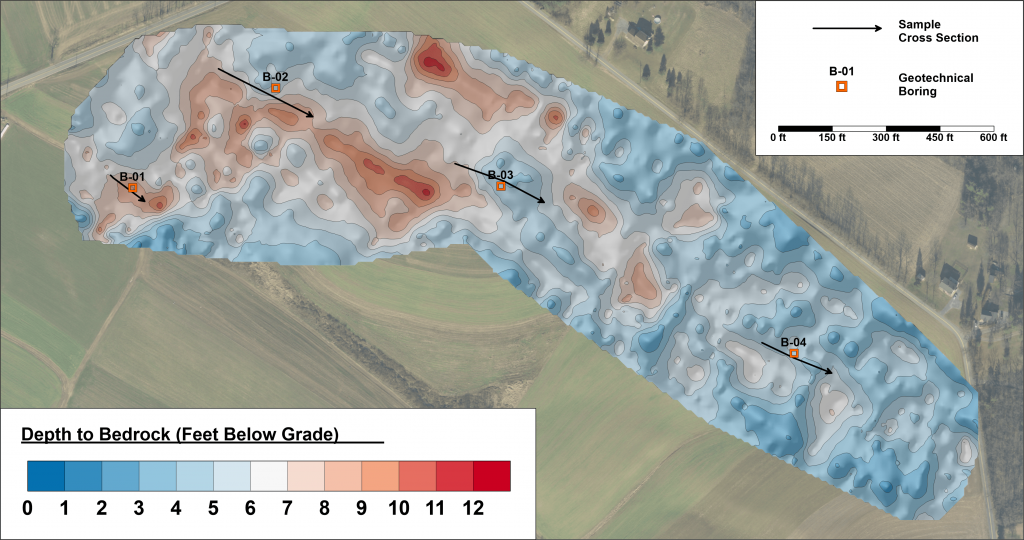 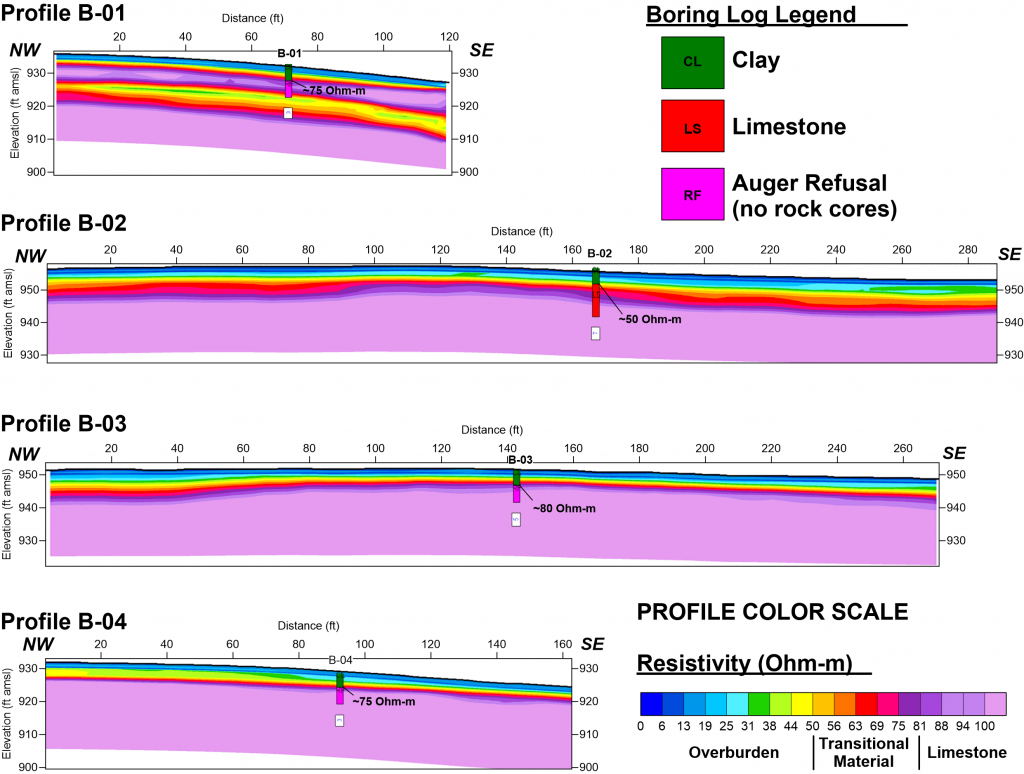